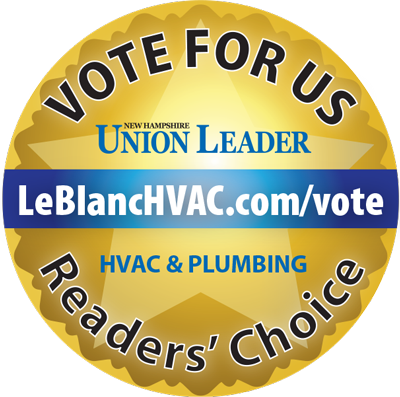 A.J. LeBlanc Heating is proud to have won the Union Leader's Readers' Choice Award two years in a row. We would love to do it again in 2015! We hope you are extremely satisfied with any work we performed for you. Our support staff, sales staff, plumbers and HVAC technicians would be tremendously grateful for your vote in both HVAC and Plumbing categories.

Watch our Town of Bedford video. We are southern NH's best HVAC contractor! 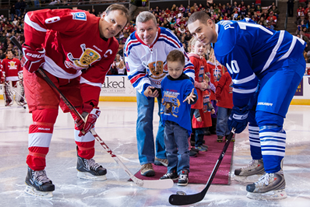 A.J. LeBlanc Heating would like to welcome all of our customers to visit us at the 48th Annual New Hampshire State Home Show. This year we will have a working Ecobee3 smart thermostat display for anyone interested in testing it out. A.J. LeBlanc Heating would like to remind everyone the importance of clearing all vent pipes exiting your home. Blocked vents can lead to exhaust buildup which can cause carbon monoxide leaks and increase the risk of carbon monoxide poisoning or death. Clearing exhaust vents is especially important for homeowners who have direct vent gas appliances. Juno has left some areas with significant snowfall, and it is very likely that your exhaust vents are covered or close to it. We suggest shoveling the area around your vents as much as possible especially considering the additional snow expected on Friday January 30th.

Please fill out the form below to email us and we will get back to you as soon as possible.