Utility Companies That Control Your Thermostat 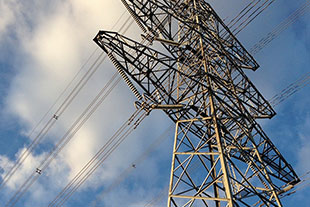 In the near future, your electrical utility will control both your thermostat and HVAC equipment. The concept is known as the Smart Grid and it is coming soon. Fortunately, the smart grid is not as scary as it may sound. Understanding electrical supply and the basics of electrical generation can help clarify the need for a Smart Grid.

For decades utility companies have struggled to supply enough electricity to meet the demand of consumer, commercial and industrial needs. Currently, there are two types of power plants; base load power plants and peaking power plants.

Base load power plants provide the majority of the electricity flowing in the grid. Base load plants are more cost efficient, but they cannot ramp up quick enough to meet increases in electrical demand.

Utility companies have always relied on reserve margins to meet demand. This excessive capacity is called upon in the event of a plant failure. The power grid is set up in a way that creates power pools between numerous states and regions of Canada. Utility operators within each power pool can back each other up. A problem with one plant can be overcome by connected members of the power pool.

Green regulations have made it almost impossible to build a coal, nuclear, or hydro power plant. Base load generation is on a decline. As more stringent regulations develop, base load plants are being retired. Replacing the base load plants are renewables and more peaking power plants. The main renewable is hydroelectricity, which isn’t increasing. Solar and wind power are clean energy sources, but they are also variable by nature. The variability of green power is problematic for utility planners who have to balance supply and demand. This is where the Smart Grid comes into play.

In return for lower electricity rates, utilities will be able to shut off appliances like your furnace, boiler, air conditioner or water heater. Disruptions in service will be short and the majority of homeowners will not notice a change. The cumulative effect of a utility shutting off thousands or even hundreds of thousands of appliances is the reduction of demand to meet a faltering supply. It also means the utility can maintain reliability with a slimmer reserve margin.

Offering a better rate for interruptible power is an old practice in the industrial sector. Large users of electricity usually get better rates, but agree to allow power to be cut if the utility is stressed. Utilities go to extremes to avoid cutting power. They make money by supplying power.

Green power is more expensive. Even with government subsidies, it comes at a steep premium over traditional base load power. Even when the Smart Grid is up and running, not enough green power is coming online to replace losses in base load capacity. To cover shortfalls, utilities are using peaking power for base load. Peaking power is less expensive than green power, but more expensive than traditional base load generation. Even with a smart grid price break, you will pay more.

The way to protect yourself is to install more energy efficient equipment in your home, especially your furnace, air conditioner, and water heater. Replace your light bulbs with CFLs or LED lights. Make sure your home’s structural envelope and duct system are sealed.

Energy efficiency improvements by millions of people play an important role in helping North America balance electricity supply and demand. One can conclude that installing a high efficiency comfort system is not only good for your wallet, but it is also good for the country.

2015UNH Family Business
of The Year